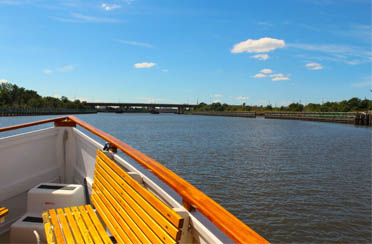 cartons, used napkins and all other such ‘garbage’ traveled to this coastal marshland along the island’s western shoreline.  By the mid 50s it was the largest landfill in the world and by the mid 80s it was accepting nearly 29,000 pounds of garbage per day.

In 2001, it closed its doors to receiving garbage and began its shut down and ‘mound capping’.  Today, the area consists of four large grass-covered mountains with a central tidal waterway that weaves in between them.  It has also been partially turned over to the New York City Parks Department as this land embarks on a 30-year journey to become the largest park in New York City – – three times the size of central park.  From atop her mounds you can see the New York City skyline and the Atlantic Ocean at the same time.  Wild life, grasses and shrubs are reclaiming the area and on a limited basis, the public is having more and more access to this park as the seasons roll by.

One day, Fresh Kills Park will be a place that families go to spend their sacred weekend time together.  Couples will go there to exercise, to walk, to fall in love or to ‘just get away’ for a few hours.  Children will go there to play.  This land will have been transformed from being one of the most unpleasant places on earth to being a place society spends their most cherished time.

Come witness one of the most remarkable land reclamation projects in history.  Travel by boat into the heart of Fresh Kills and learn about the design and engineering that have allowed this epic story to take place.

This 3.25 hour tour is operated in partnership with the American Institutes of Architects New York Chapter and features a special guest guide from the Fresh Kills Park management team.

There are just a few visits made by boat each year and this tour typically sells out.  So get your tickets to the AIANY Industrial Waterways Tour to Fresh Kills Park and enjoy a day on the water with us. 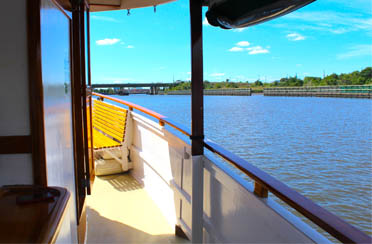