Step aboard the elegant yacht Manhattan for the best NYC Jazz Cruise!  This intimate cruise offers live Jazz by the Boat Band!  The Yacht Manhattan or Manhattan II will do a lower Manhattan Cruise passing by the Statue of Liberty, Ellis Island, the Financial District, and Battery Park.  Pass under the Brooklyn Bridge and Manhattan Bridge all the while listening to some Gershwin, Cole Porter and Duke Ellington! The Boat Band DOES take requests, so do not be shy! Jump aboard for the best NYC Jazz cruise and have an experience you will never forget! 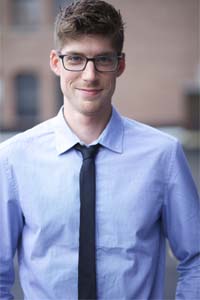 Saxophonist Michael McGarril has been busy performing in and around the New York jazz scene for the last decade. With his playing described as “a pleasing tone and agile phrasing” (Daily Gazette), Michael has found a nice fit as the leader of Classic Harbor Line’s house band, the Boat Band. He feels equally at home interpreting traditional jazz standards, blowing over R&B and soul grooves, or experimenting with new and original song formats. He recently finished a stint with legendary jazz drummer Charli Persip’s big band, Supersound, contributing to their latest album Intrinsic Evolution. Along with his own group, Michael performs with singer-songwriter Lindsay Dunphy, and can be heard sitting in with many other acts around New York City. Originally from the Hudson Valley in upstate New York, Michael moved to the city in 2004 pursuing a degree at the New School for Jazz and Contemporary Music. He has performed with Cuban songstress Xiomara Laugart, jazz greats Frank Wes and Jimmy Heath, and was the opening act at the Belleayre Jazz Festival for two consecutive years for Herbie Hancock and Chick Corea.  michaelmcgarril.com 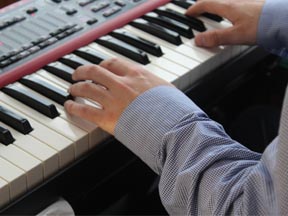 Christian Nourijanian’s playing style has been described as a “lyrical” and “playful” personality on the piano. He is an accomplished pianist and organist who is fluid in many styles including jazz, pop, R&B, and gospel. Christian attended the New School for Jazz and Contemporary Music where he studied with Aaron Goldberg graduating in 2010 with his Bachelor of Fine Arts Degree. He attended Manhattan School of Music where he studied jazz and classical graduating in 2012 with his Master of Music Degree. Christian is also a graduate of Columbia University, Teachers College where he received his Master of Education degree in 2013. At the age of twenty five, Christian has had the opportunity to play music with many accomplished musicians including David Liebman, David Glasser, Questlove, Matt Wilson, Charlie Persip, and Rogerio Boccato. While living in New York City he has performed at major venues including the Apollo Theater, Joes Pub, Cafe Wha, Groove, the Bitter End, Drom, the Living Room, Smalls, the Gibson Hit Factory, Steinway Hall, SOB’s, and Rockwood Music Hall. Christian is an active performer and educator in New York City and has been playing organ in Classic Harbor Line’s jazz trio for over two years. 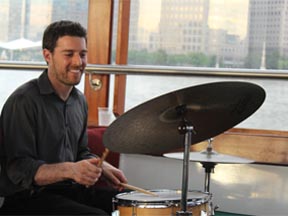 With more than 15 years of experience, Dustin Kaufman brings a fresh enthusiasm to each song he plays. Trained as a jazz drummer, he’s branched out to play everything from blues and pop, to rock and gospel. He was recently chosen as one of 12 semi-finalists in the Thelonious Monk International Drums competition held in Washington, D.C. Kaufman attended the High School for the Performing and Visual Arts in Houston. He received his undergraduate degree from the New School in  New York, a Master of Music Degree from Manhattan School of Music and a Master of Education Degree from Columbia University Teacher’s College. Dustin has had the honor of studying with some of the best names in the business including Justin DiCioccio, John Riley and Eric Harland. Living in New York for the past seven years, he plays regularly at area clubs including Smalls, Sweet Rhythm and the Iridium. He’s also performed at the Kennedy Center and Lincoln Center as well as the Bern Jazz Festival in Switzerland. Many who have played with Dustin describe him as a drummer who knows how to bring out the best in his fellow musicians. He has a dedication to his craft and a passion that comes from loving what he does.

Learn more about our Private tours.

Learn more about our Public tours.