Step aboard the Manhattan II and back in time with the 1930s-inspired French-style Gypsy Jazz as you witness the city’s beauty and elegance from the water. Guitarist Alex Simon & his trio perform the musical stylings of Django Reinhardt with dazzling technique and lyrical impressionism. It is a bright but elegant style of acoustic swing that evokes the vibrancy of cosmopolitan life and the folkloric sounds of rural Europe, originating in France.

From aboard this elegant classic-inspired yacht, start the evening with a slow pass by our most famous gift from France, the Statue of Liberty.  Classic Harbor Line’s Gypsy Jazz Cruises are offered on select dates in 2019 including these French Holidays: Labour Day (May 1), Bastille Day (July 14) and Armistice Day (November 11)

On this cruise you may hear a combination of 1930s French Swing as well as Louis Armstrong hits. Alex Simon has performed at The Guggenheim, B.B. King’s Main Stage, The Rainbow Room, as well as world-renowned cocktail lounges such as Milk & Honey, Bathtub Gin, NoMad, The Roxy, and many other of New York City’s finest venues.

Key points about this cruise:

– Includes one complimentary beer, wine or champagne from the bar (additional drinks French-inspired cocktails are available for purchase)

– Seating available in climate controlled cabin or on the outer deck

Step aboard the *Manhattan* or *Manhattan II* and witness the city’s beauty and elegance, while enjoying some festive Gypsy Jazz with guitarist Alex Simon & his trio. Enjoy music of Django Reinhardt with dazzling technique and lyrical impressionism. This music is a bright but elegant style of acoustic swing that evokes the vibrancy of cosmopolitan life and the folkloric sounds of rural Europe, originating in France. Cruise New York City’s famous harbor aboard the 1920s-style yacht *Manhattan* or *Manhattan II* while listening to this fabulous trio. On this cruise you may hear a combination of 1930’s French Swing and Louis Armstrong hits. Alex Simon has performed at The Guggenheim, B.B. King’s Main Stage, The Rainbow Room, as well as world-renowned cocktail lounges Milk & Honey, Bathtub Gin, NoMad, The Roxy, and many other of New York City’s finest venues.

Comments Off on Gypsy Jazz Cruise

Celebrate World PRIDE 2019 in New York City on the Water! 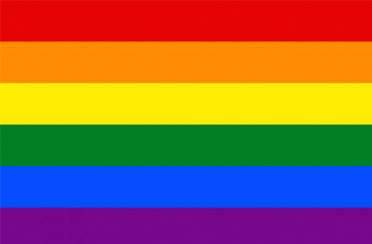 June 2019 is World PRIDE in New York City! Celebrate equal rights for the LGBTQIAP+ of the world on our NYC PRIDE Fireworks Cruise, or come support the Hetrick-Martin Institute (HMI) on our weekly fundraising Pride Sails!
Located in Chelsea, at Chelsea Piers, Pier 62, Classic Harbor Line (CHL) has annually enjoyed celebrating pride week by being on the water for the culminating fireworks at the end of the PRIDE Dance, the last Sunday in June. Anyone can celebrate Pride. And anyone can join these cruises which will depart for exquisite viewing of the fireworks on Sunday night. Each departure for the PRIDE fireworks display is 2 to 2.5 hours and are $72 per guest.
Additionally, this year, as a major supporter of the trans, non-binary, and gender non-conforming community, CHL also collaborates on behalf of the Hetrick-Martin Institute. The objective is to fundraise to the support programs for youth with these identities. 100% of net ticket sales from the their Trans New York Harbor PRIDE Sails will go to HMI. These sails depart every Saturday in June at 1 P.M. These 2 hours sails upon the schooner Adirondack or schooner America 2.0 include complimentary mimosas and a nearly 400 square foot PRIDE Flag flying proudly from the mainsail as they pass the Statue of Liberty. Tickets are $75/ guest.

Click here to see what activities we offer for NYC PRIDE.

Comments Off on NYC Pride

Each sail will include a standard bar and mimosas as well as a triumphant flying of their nearly 400 square foot spinnaker cloth Pride Flag.  The flag will be hoisted to the aft-leaded edge of their mainsail as they glide from Chelsea Piers, south on the Hudson River to the Statue of Liberty and back.  This Pride Flag is nearly half the size of schooner Adirondack’s mainsail and will certainly prove to be an epic and awe-inspiring experience for all those who see it.

Take a look at NYC Pride activities Classic Harbor Line is running the month of June.

HMI serves more than 2,000 at-risk youth each year between the ages of 13 and 24 from more than 300 zip codes in New York and throughout the tri-state area, and an additional 8,000 young people through outreach efforts – as well as countless lives changed by our advocacy, training and capacity building work around the world.

Tickets are $75 per person.

Celebrate World Pride Month with us and step aboard for an afternoon sail on one of our classic Schooners! 100% of net ticket sales goes to benefit transgender, non-binary, and gender non-conforming youth programs of the Hetrick-Martin Institute.  So grab your friends, soak up the sun and sail with us through the waters we proudly call home.

Comments Off on World Pride 2019 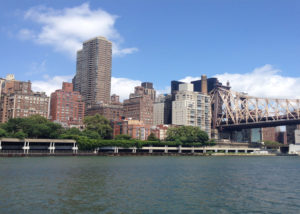 This unique 2.75 hour circumnavigation of the island of Manhattan will explore green infrastructure designed to both restore the health and productivity of the region’s marine ecology and to create resilient edges to mitigate storm surge and sea level rise. The tour will be hosted by Arthur Platt AIA and a waterfront expert. Guests will hear accounts of the abundant marine life documented by 17th century explorers and learn how subsequent settlement patterns and resource use led to the estuary’s decline. Today’s ecological goals, including efforts to rebuild native oyster habitat and create sanctuaries for migratory fish and waterfowl, embody a renewed commitment to restoring native ecology along our shared urban shoreline.

Come join us on this special full circumnavigation of Manhattan to celebrate Earth Day and experience a comfortable tour through the Hudson, East, and Harlem Rivers from the climate-controlled and enclosed back-deck observatory or wander to the outer decks for fresh air and sunlight with a complimentary beverage and locally sourced hors d’oeuvres in hand.

Key points about this tour:

Highlights, topics and themes of the AIANY tour include:

A Selection of Spreads made with Locally Sourced Root Vegetables and NYS Cheeses.  Made with a selection of Beets, Squash, and Cheeses Sourced from the Hudson Valley

A selection of Tomato, Olive and Rosemary Focaccia. Made fresh in Brooklyn by Settepani Bakery

Come join us on this special full circumnavigation of Manhattan to celebrate Earth Day 2019 and experience a comfortable tour through the Hudson, East, and Harlem Rivers from the climate-controlled and enclosed back-deck observatory or wander to the outer decks for fresh air and sunlight with a complimentary beverage and locally sourced hors d’oeuvres in hand.

Buildings emerging on the Gold Coast

Twist and Shout! (and slope, and bend, and curve, warp….)

Recent advancements in computer software have allowed architects to explore unusual building types that could previously only be dreamt about.  Today, in New York City, we are witnessing a boom in the construction of staggering new shapes and forms, many built along the emerging new “gold coast” (aka New York City’s waterfront).

Join an expert AIA guide on a beautiful Classic Harbor Line motor yacht and experience first-hand many of these remarkable new additions to New York’s iconic skyline. We’ll see buildings that fold in on themselves, buildings that lean precariously to the side, defying gravity; and buildings that sparkle and undulate like the water of the Hudson River itself. This is truly a new era of building, and New York is the best place to witness the cutting-edge innovation; here, architecture truly is an art form! 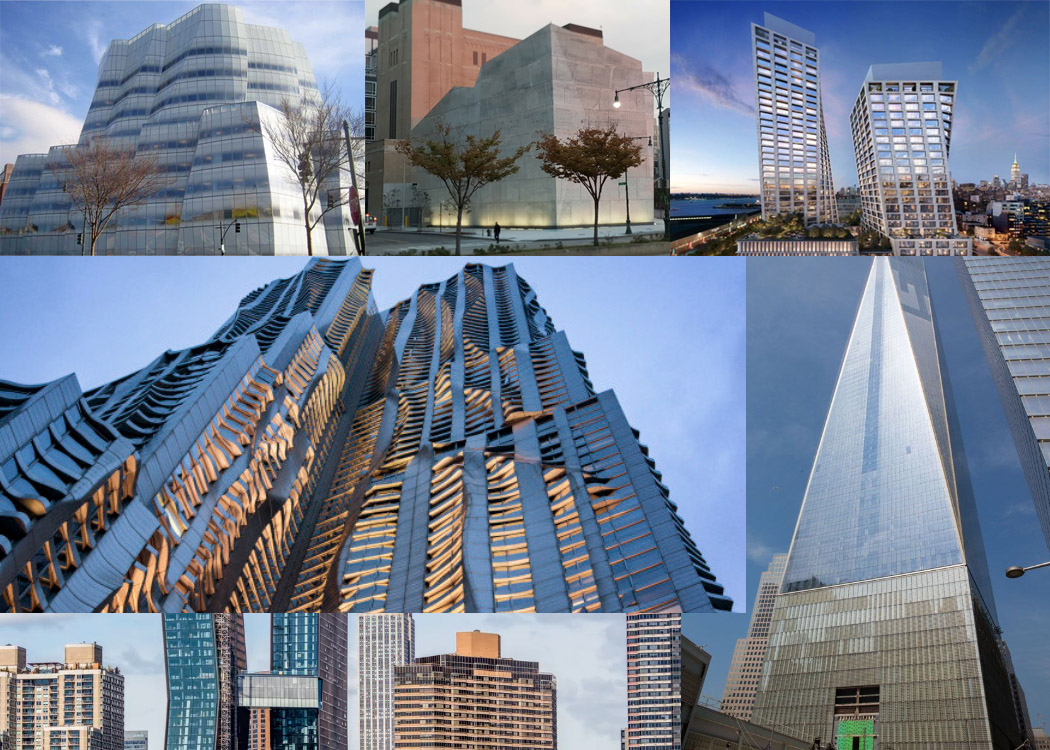 Comments Off on Buildings emerging on the Gold Coast 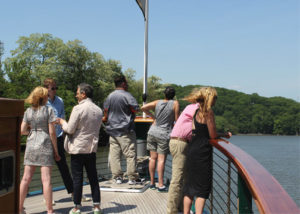 Full Day Cruise to Bear Mountain and Back!

As an homage to the historic Hudson Day Line cruises (1860s to the 1970s) upon the Hudson River, which offered a full day of respite from city life to enjoy the richness of the grand Hudson River Valley and its many waterside parks, resorts and hamlets, Classic Harbor Line can give you a taste of that same escape today, in elegance and style.

There are 7 of these 9 hour, full day events scheduled this year.  Each starts with a 3 hour north bound leg from Chelsea Piers to Bear Mountain State Park, complete with their signature four-course brunch.  Once there, guests have 3 hours to themselves to explore the park: visit the Trailside Zoo, take a stroll or a row around Lake Hessian, or hike up Bear Mountain for breathtaking views of the Hudson River valley.  The return leg features a gourmet picnic spread and bar service throughout.

Full Day Cruise to Bear Mountain and Back

This 9 hour full day event starts with a 3 hour north bound leg from Chelsea Piers to Bear Mountain State Park.  Once there, guests have 3 hours to themselves to explore the park: visit the Trailside Zoo, take a stroll or a row around Lake Hessian, or hike up Bear Mountain for breath-taking views of the Hudson River valley! 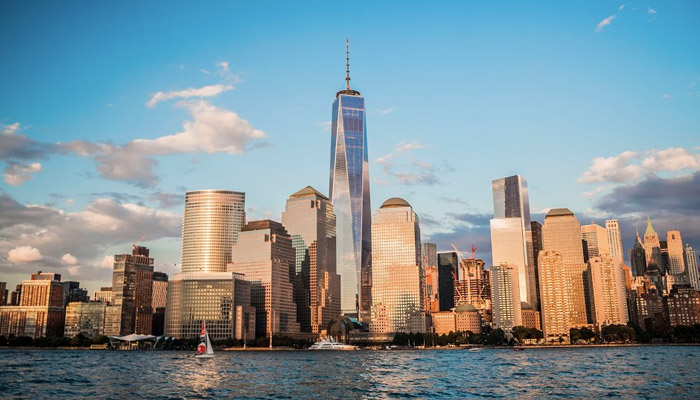 In New York in the early 20th century, well-known highrise buildings like the Woolworth Tower, the Chrysler Building, and the Empire State Building reached for the sky and were dubbed “skyscrapers”. Today, the iconic New York City skyline is marked by a recent proliferation of much taller, super-slim, ultra-luxury residential towers. These pencil-thin buildings constitute a new type of skyscraper, made possible by remarkable feats of engineering, advances in material strengths, and a real estate market that drives building heights—and prices—ever skyward. The AIA Around Manhattan Architecture tour highlights the architects and engineers composing a new vision of the NYC skyline with these height-shattering new buildings. We’ll will shed light on the engineering marvels and zoning requirements that allow these heights, as well as the range of architectural styles across the city: super-stretched art deco, purist 3-dimensional grid, and the sloping, chiseled or crystalline forms that visibly break from the traditional NYC skyscraper.

As of January 1, 2019, New York City has 8 officially completed Supertall buildings, and that number could be doubled by January of next year.  So, what’s the difference between a regular highrise building and a “Supertall” skyscraper?

Highrise refers to any building in New York That is over 75 feet tall (or the limit of how high a FDNY ladder truck can reach).

Skyscraper is a more metaphorical definition.  The term is borrowed from sailing and it describes the highest most point on the tallest mast on a sailboat.

Supertall, however, is a relatively new term by comparison, and is an official designation awarded by the organization called Council on Tall Buildings and Urban Habitats to any building over 984 feet. The measurement marks the height of a building to the “top of the architectural expression” – not counting flagpoles, chimneys or antennae. However, “masts” are fair game—hence why we see such a proliferation of tall masts on top of recent supertall skyscrapers.

It has been several decades now since New York held the record for the tallest building in the world (with the Empire State building and World Trade Center North both holding that title at different points). Today, the distinction goes to Burj Khalifa in Dubai at a whopping 2,723 feet.  Still, New York is experiencing a new bumper crop of “Supertall” buildings.  So, here they are – THE SUPERTALLS OF NEW YORK, many of which you’ll see on our AIANY Around Manhattan tour:

Comments Off on AIANY Architecture Tour