As seen in … New York magazine’s “The Cut”

We love weddings! Yes we do! And so does New York Magazine’s The Cut. To read the full article click here!

Cruise with us through NY Harbor with your loved one and take all of the magical views this city has to offer on your special day. 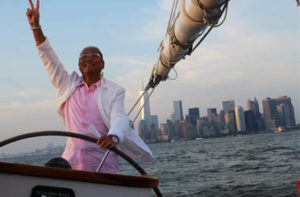 A date night favorite that’s perfect for all foodies, we will set sail for another season of Sushi & Sake Sunset Sails aboard Schooner America 2.0. This 2-hour sailing experience includes two platings of sushi from renowned Iron Chef Morimoto’s restaurant located in the Chelsea neighborhood of New York City, along with four expertly paired sake flights.

While onboard you can sit back on the open deck of classic, eco-friendly Schooner America 2.0 and experience a leisurely sail from Chelsea Piers along the Hudson River and into New York Harbor. Photo opportunities will be abundant along the way as the boat passes by Manhattan’s Financial District, One World Trade, Ellis Island and the Statue of Liberty. This truly unique experience is one of New York City’s ultimate events to experience this summer.

This light dinner sail features a most seaworthy cuisine:  sushi, and not just any sushi, but Iron Chef Morimoto’s sushi! No sushi meal would be complete without sake, and this sail does not disappoint, we offer a range of cool, refreshing sake served on the decks of New York City’s most elegant schooner. The menu includes a sampling of sushi perfect for a one-of-a-kind sunset sail – 9 sushi pieces and 1 roll – served in 2 platings, paired with 4 sake flights, and all while we set sail for the New York Harbor!

Step aboard the classic yacht Manhattan and enjoy an evening out on the water for a NYC sunset. This light dinner sail features most seaworthy cuisine: renowned NYC sushi from Iron Chef Morimoto and cool, refreshing assorted sake, served on the decks of New York’s most elegant yacht. The menu includes a sushi sampling of nine sushi pieces and one roll served in two platings and paired with 4 sake flights! Classic Harbor Line and Morimoto have taken special steps to ensure the sushi is served in the freshest means possible for this event: It is prepared just minutes before boarding, stored in special coolers and served within the first hour of your sail. 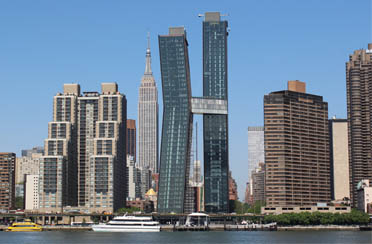 Comments Off on Women in Architecture